I have a friend and cycling team mate considering the vegan option. He’s a couple days in and people like to chime in about protein, health, nutrients, etc… I’ve been a vegetarian for 24 years and finally switched over to a vegan diet a little over 1 year ago. After switching to a vegan diet I felt an overall boost in energy and  stamina… This is purely anecdotal, but I just feel better. This “feeling better” sensation is something that is shared by the elite athletes below.

I ran track in college and started cycling / racing about 4 years ago. After I switched to a vegan diet I was top 5 in some cat 3 CX races and finally won which allowed me to upgrade to Cat 2 and race in the Elites.

I also seem to recover faster than my non-vegan friends and can pound. I could go on and on about the benefits. Which I will in other posts. Until then, be awed, by these vegan elite athletes! 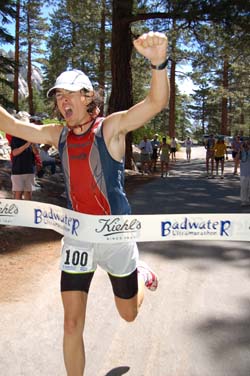 Vegetarian Olympian. He had his best year was when he turned vegan.